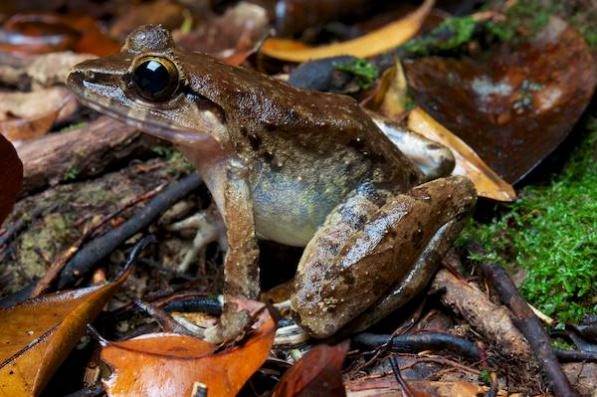 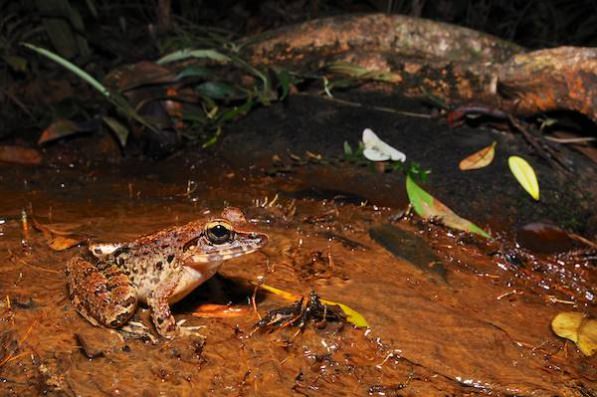 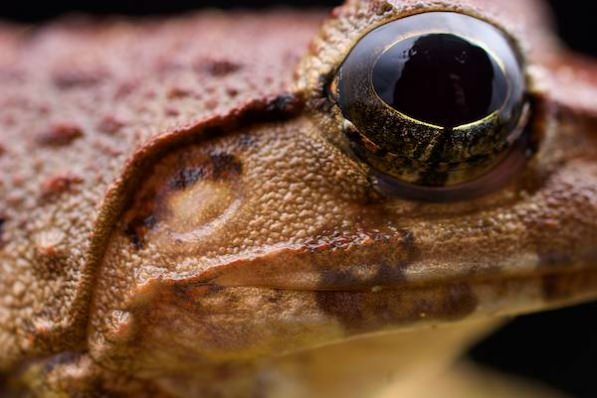 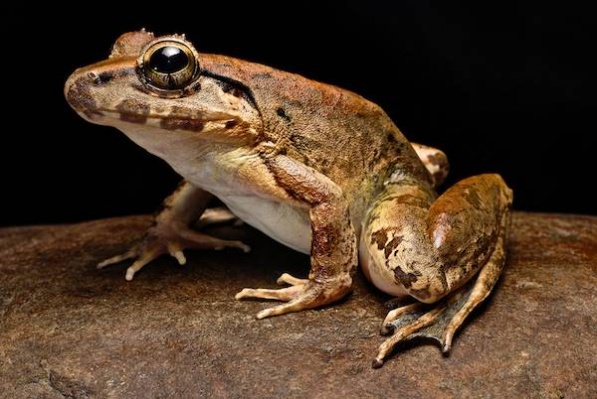 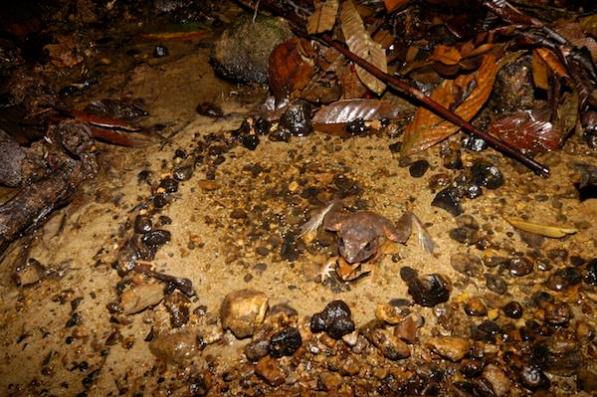 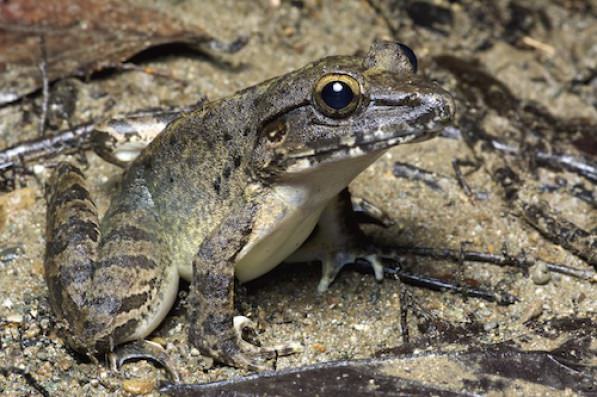 Limnonectes leporinus inhabits the forest floor where these frogs sit along forest streams. The species seems to tolerate human disturbance in the habitat.

This species can grow large: Males commonly are > 100 mm and can reach 175 mm. Females are usually smaller and reach up to 125 mm. Juveniles and subadults often have loose rows of bumps in the upper flanks, whereas in fully grown specimens these bumps are less conspicuous.

The sexual dimorphism suggests male-male territoriality. The jaws are strong and the lower jaw bears odontoids. This frog is capable to catch large prey items such as other frogs.

This frog is commonly harvested by local people for food.

Eggs are laid in a shallow, circular depression (approx. 25 cm diameter) in the gravel. excavated by the male. The eggs do not stick together but sink between the gravel. After egg deposition the male covers the depression with gravel. forming a small bump at the site.

We found tadpoles in quiet side pools and bays of streams among accumulations of leaf litter and plant debris.

The tadpole is dorsoventrally depressed. The tail is long and the tail fins are relatively low. The tail tip is moderately pointed. The base of the tail bears a dark stripe. The belly is unpigmented.