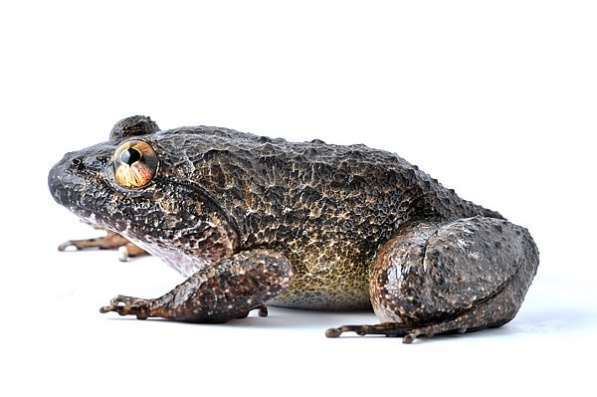 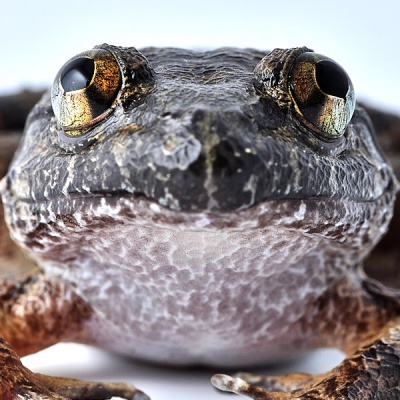 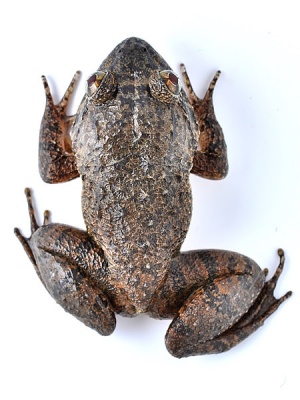 Limnonectes kong has been described as the third creek frog (Limnonectes kuhlii-Group) from the Matang range of western Sarawak. The known distribution of the species currently covers low to mid-elevatino sites (10–400 m a.s.l.) at Santubong, Matang, Gading, and probably also Lanjak Entimau and Natuna Islands. The species inhabits small, potentially intermittant, creeks. At night, specimens were observed to sit in shallow water. Dehling & Dehling (2017) reported females that emit snarling, drawn-out, low-frequency calls that lasted between 0.5 and 3 seconds, while sitting in cavities along the creek's edge.

Within the kuhlii-group, L. kong is a large, broad-headed species with incomplete webbing between toes. Females grow to 52.5– 59.4 mm, males 57.7–76.3 mm in snout-vent-length. Size and webbing already distinguish it from the sympatric L. hikidai and L. conspicillatus. The images below depicts a broad-headed, large male.

Tadpoles of L. kong resemble tadpoles of other members in the kuhlii-group in general shape and features but grow relatively large. Based on the only tadpole sample known so far, the tail pigmentation is more pronounced than in other kuhlii-group species.