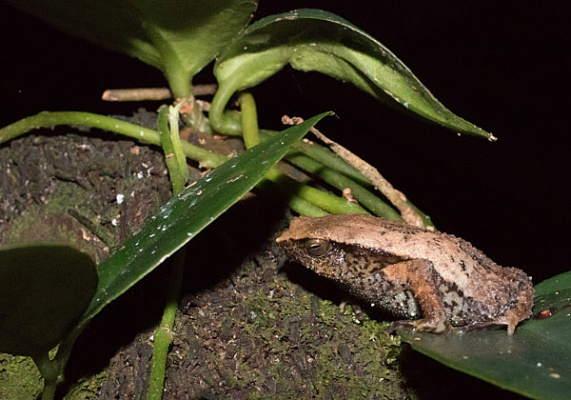 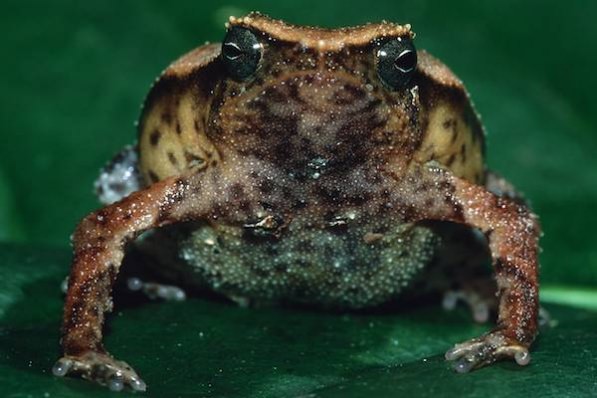 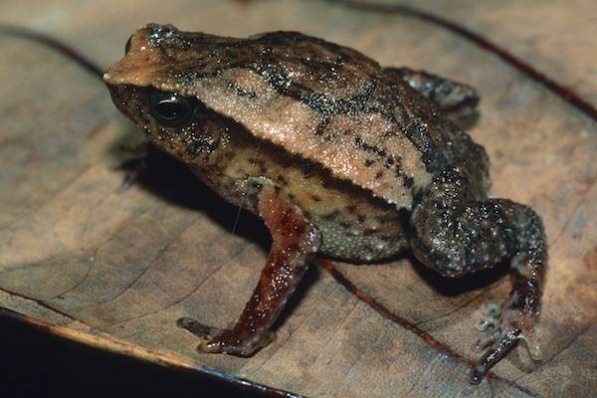 Kalophrynus baluensis is only known from the primary highland rainforests at Gunung Kinabalu, but may also occur in neighboring highlands at similar elevations (1.500 m asl).

It is a stocky, short-legged frog that is usually encountered on the forest floor, where it is perfectly camouflaged with its brown coloration in the leaf litter layer.

The call is a single note, a high pitched whistle, with long breaks between notes. Pitch and intervalls, as well as camouflage make it very difficult to locate the calling males.

Little is known about the reproductive strategy of this species. Male can be heard males at some distance from the water, indicating that they are phytothelm breeders (as has been confirmed for other Kalophrynus species).

This frogs has an interesting defense against predators: when molested it secretes large amounts of sticky, white slime (we did not test, but assume that the slime is not only sticky but also irritating or even toxic. 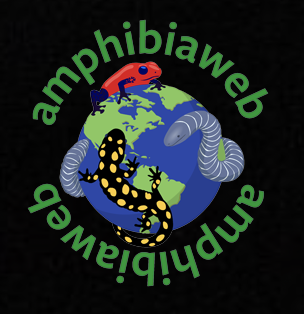