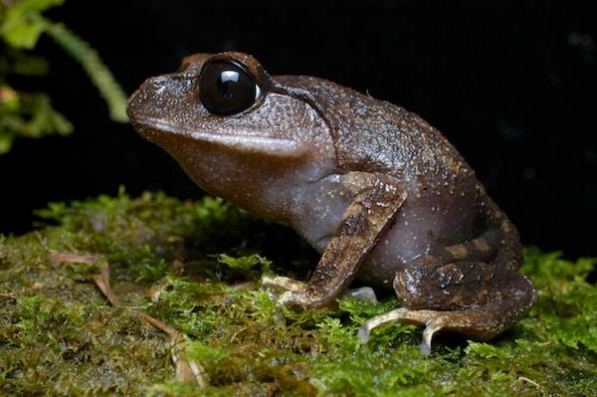 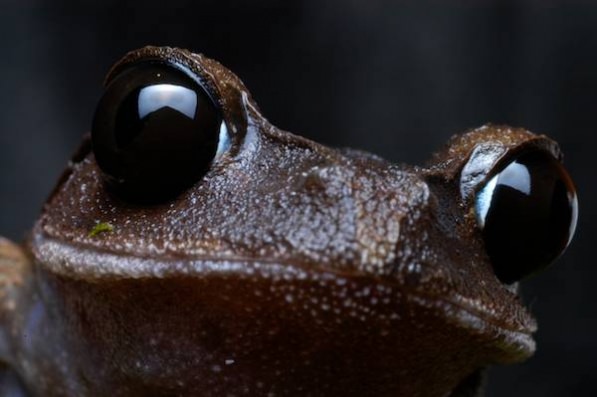 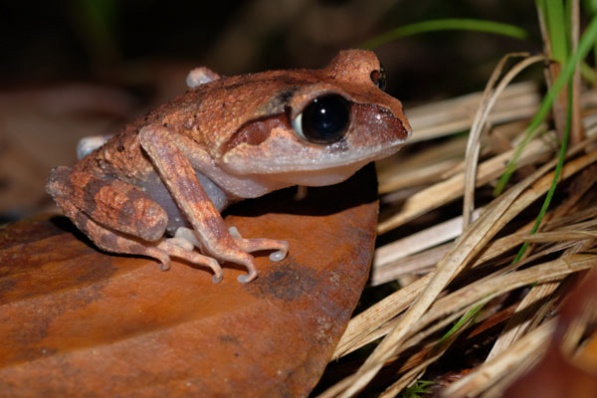 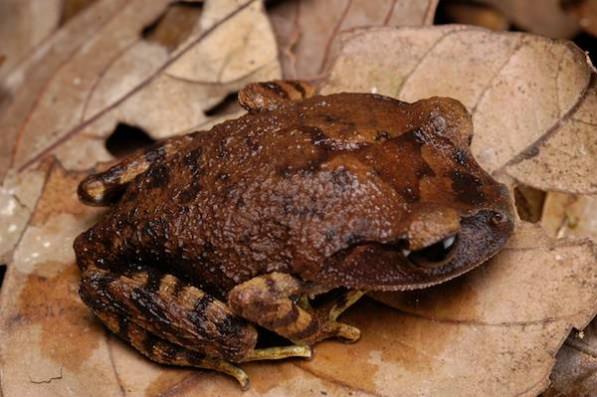 Leptobrachium montanum lives in the primary montane forests above approximately 900 m asl up to 1.600 m. At its upper end of the elevational range, it is occurs together with L. gunungense in the same habitat at Gunung Kinabalu.

This frog is brown above and mimics dead leaves. The head is broad. The eyes are big. Outside the iris the eye sclera is white.

The advertisement call is a loud 'quak'.

The tadpole of L. montanum is found in small to medium-sized mountain streams with rocky stream bed. As the other species in the genus, tadpoles grow big (> 70 mm).

Tadpoles can be seen during the day, but seem more active at night, especially the larger tadpoles hide under rocks during the day. Although living in streams, these tadpoles are not adapted to strong currents and prefer quiet stream sections. The tadpoles are large and possess a strong tail with well developed tail fin. The snout is relatively long and blunt. Early stages have only a few dark spots on the tail. As tadpoles grow, the number of spots increases and the tadpoles become darker in general. The skin has a iridescent shine.

At this point we do not know if there are reliable morphological characters to distinguish larvae of montanum from gunungese. Tadpoles from both species are very similar.