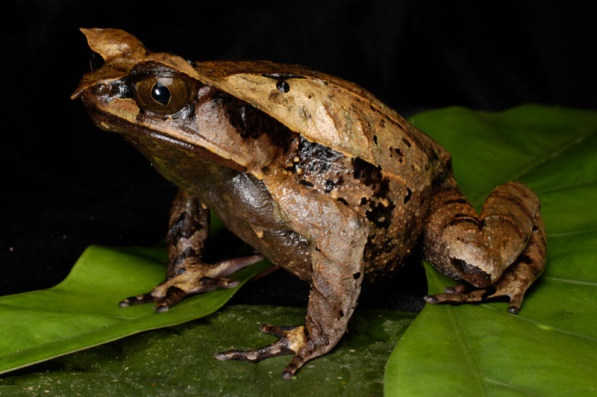 Tadpoles are similar to other Megophrys tadpoles in that they possess upward directed, umbelliform mouthparts. Tadpoles are associate with small or medium sized rocky streams.