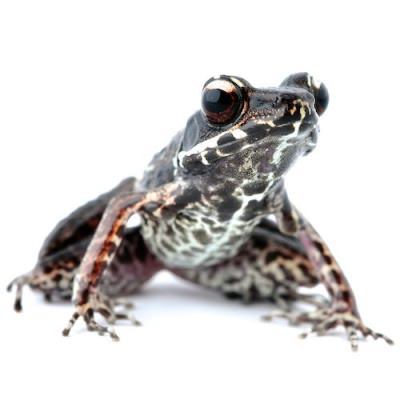 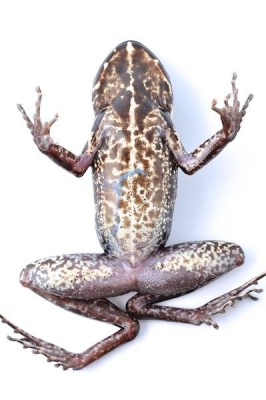 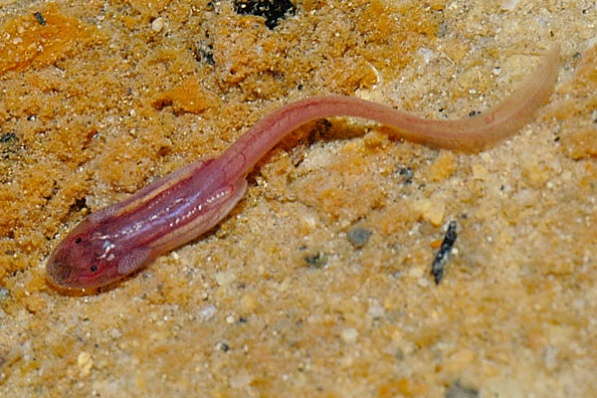 It is a blackish-brown frog, rather simlilar to the closely related Rough-Sided Frog (Pulchrana glandulosa) but it is much smaller and more slender. It further differs from glandulosa in possessing a continuous white stripe along the upper jaw from under eye to tympanum, and lacking broad, flat warts at the flanks.

The calls of the two species are similar in structure but is deeper in pitch and more forceful in P. glandulosa.

Little is known about this frog, probably because it lives in hard to access, swampy habitats. Furthermore, it is a good jumper and easily escapes when approached. Egg masses have not been found.

Tadpoles, however, have been discovered only recently by Dr. Tzi Ming Leong. The tadpole is highly specialized; it lives in thick leaf litter accumulations in forest swamps. It is very slender, has patches of skin glands, and is highly vascularized. The eyes are small. The tadpoles are very shy and difficult to catch (or to see in the first place!).

We thank the donor of the tadpole photo ©Nick Baker.