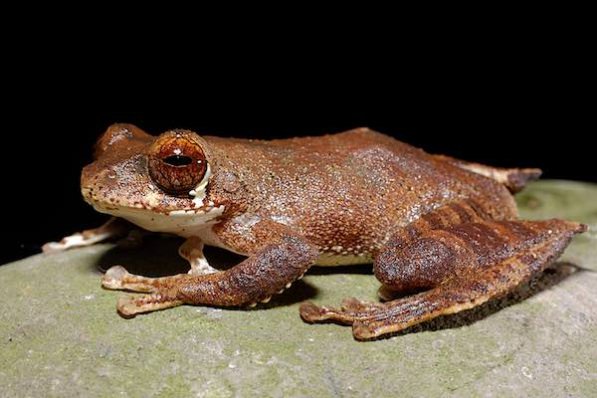 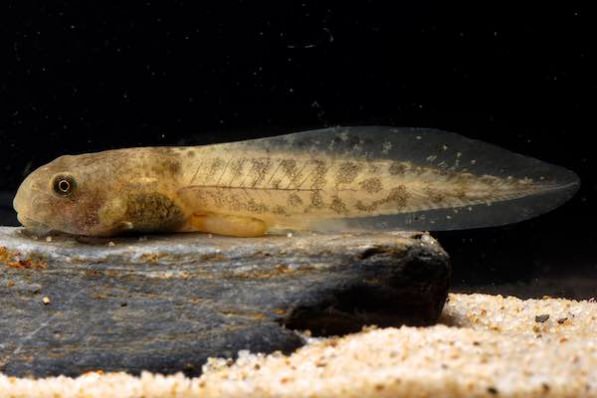 Leptomantis malkmusi is a medium-size tree frog of hilly to montane rainforest. It has been reported from Sabah, particularly Gunung Kinabalu at 750–1000 m elevation. Snout-vent length is 27–36 mm, females are larger than males.

The tadpoles presented here is to our knowledge the only tadpole that has been documented of this species so far. Although we barcoded the DNA of this specimen, additional work is needed to link the tadpole unequivocally to the adults (original description of the species was published without DNA account). However, our preliminary analysis make us confident enough to present the tadpole here. The specimens was collected in a stream together with Huia cavitympanum and Leptomantis angulirostris tadpoles in a rocky river. All three tadpole species adhere to the rock surfaces with their sucker structures, however, L. malkmusi tadpoles seem to prefer low velocity sections in the water.